How to Test the Automatic Reverse on Your Garage Door

Garage doors are the largest moving objects in the typical home, weighing as much as 1,000 pounds apiece. That means they can cause serious injury — even death — if they aren’t properly maintained.

Most homes are now built with automatic garage doors, meaning that homeowners need to pay attention to the condition both of doors themselves and of garage door openers (the machines that actually raise and lower the doors). On average, an electric opener lifts and lowers a 150- to 250-pound door more than a thousand times each year.

One of the most important safety features in automatic garage doors is the auto-reverse system. This is what prevents the door from crushing something or someone beneath it. When problems arise in this system, the fault can lie either with the sensor “eye” that locates objects under the door or in the opener itself.

There are three tests you can perform to check that your auto-reverse function is working as intended. Do all these at least once a year:

Starting with your garage door open, test your sensor by blocking the eye with a stationary object. Since these sensors are generally low to the ground, an object such as a roll of paper towels works well (a bucket or other cheap garden item would also serve this purpose). Press the close button; your garage door should refuse to descend.

Next, place an object such that it is in the door’s path, but does not block the sensor eye. A sawhorse is the easiest choice, though a folding chair or small ladder might also work depending on configuration. Press the close button; automatic garage doors should descend until touching the object, but then immediately reverse.

Finally, select a long item such as a broom handle or rake. Press the close button, then wave the object in the door’s path. As soon as the moving object passes in front of the sensor, the door should reverse.

If your door fails any one of the three tests, then you should carry out further troubleshooting immediately.

If the problem is with the sensor, you may be able to fix it yourself. Clean the eye and make sure it is pointing in a straight beam underneath the garage door. If the mounting is wrong, you can get garage door replacement parts from a local supplier.

Barring this kind of simple fix, it’s probably time to call the garage door repair company. If you’ve already been looking at garage door replacement parts, don’t let that tempt you to take on a project that’s really outside your expertise; this is one system you want working exactly as intended. How To Program Garage Door Openers

Garage doors are one of the most important... We have a selection of garage door manufacturers... For many people who own a home, garage door... 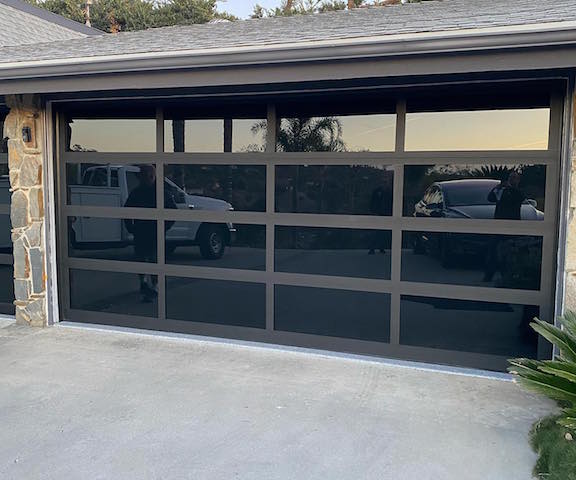 How to Make Your Garage Door Smarter

With so much of our lives now operating at the... Excellent service. Quick response and fast service call. Tech knew his stuff and made repair very smoothly. Use this guy!